QR codes are great in theory. They’re a novel means for accessing information via smartphone, but the adoption rate in the west has been low. Is that about to change?

Today, Quick Response (QR) codes are mostly seen on marketing collateral. They’re most often configured to open an internet webpage when scanned, meaning the smartphone user doesn’t have to type the URL into their device.

A 2012 study revealed most merchants (63%) were using them in printed product catalogues.

The study data suggests it is marketers who are pushing the technology because they like the idea, with consumers generally not understanding what they are.

In fact, 97% of users don’t know what QR codes are, if Inc.com is to be believed.

A widely held assumption is that they’re only useful for directing individuals to a website. On this basis, the idea is frequently lambasted while the proponents insist on various legitimate uses that supposedly have been overlooked.

However useful they might be, scanning such codes has always required installing a smartphone app not included as standard on mobile devices, meaning extra effort would be spent searching for, installing and operating the app.

That seems to have changed thanks to iOS 11, scheduled for release in late 2017, which will include a native scanner built into the camera app.

If there’s to be a Quick Response technology renaissance, it might be helpful to reassess these weird-looking black squares by examining their predecessor: barcodes.

Origins of the Barcode

Although generating website traffic from print media is usually the objective, it all began with cataloguing, warehousing, and stock control. 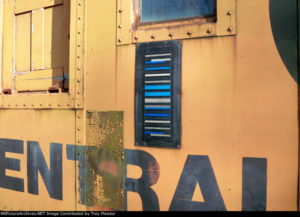 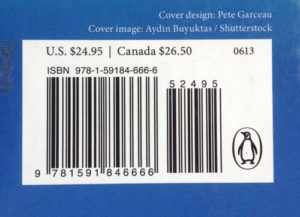 Although the barcode was adopted by most industries, it could only hold 20 or so alphanumeric characters, but the data limitations would be solved decades later by the Japanese.

The Japanese writing system consists of two character types: Kanji and Kana. The standard vertical barcodes could not hold this information. Masahiro Hara of the Denso Wave company headed a project in 1994 to create a better system, documented here.

At the time they were developing barcode technology but went on to supply data solutions and industrial robotics to Toyota. QR codes helped with tracking automotive parts in the vehicle assembly process.

Denso Wave made the specifications available so the code could be used widely and in 2002 the Japanese J-Phone J-SH09 went on sale together with a QR decoding application.

But it wasn’t until the launch of the iPhone in 2009 that the technology became viable in the west.

Genius Time-Saver or Waste of Space?

Besides factories, laboratories and warehousing, QR codes are used in all industries. They appear on all manner of media including food labels, packaging, tickets, membership cards and advertising campaigns.

While their ubiquity is without question, you have to ask yourself if the target audience is actually engaging.

According to a 2013 study, only 21% of Americans have scanned a QR code. While that figure has risen, it may be because of the increase in smartphone sales and the inevitable additional scans associated with this.

An article on Advertising Age claimed QR codes are dead. Apparently, they died in 2013.

In July 2017, Wired said these “dreaded codes” might have recovered from the joke status they had earned for themselves by evolving into the likes of Snapchat Snapcodes.

There Needs to Be Trust

A code on the back of a box of tea once caught my interest. The curiosity lasted long enough for me to go to the trouble of scanning it to visit the destination webpage.

On the other hand, if I saw one plastered on a lamppost, wild and feral, I might give it a miss.

There would have to be a safe, proven context to persuade me that the hyperlink within the code doesn’t just point to a virus-laden website. The tea packaging was different. It was the well-known Tetley’s brand. I trusted it.

A general user experience rule is not to make something more trouble than it’s worth.

If QR code apps were included in iOS by default, more of us (arguably) would use the app to scan codes because it’s less effort.

Crucially, the trust issue will be addressed because an onscreen preview of the code’s function and/or destination will be displayed to the user. 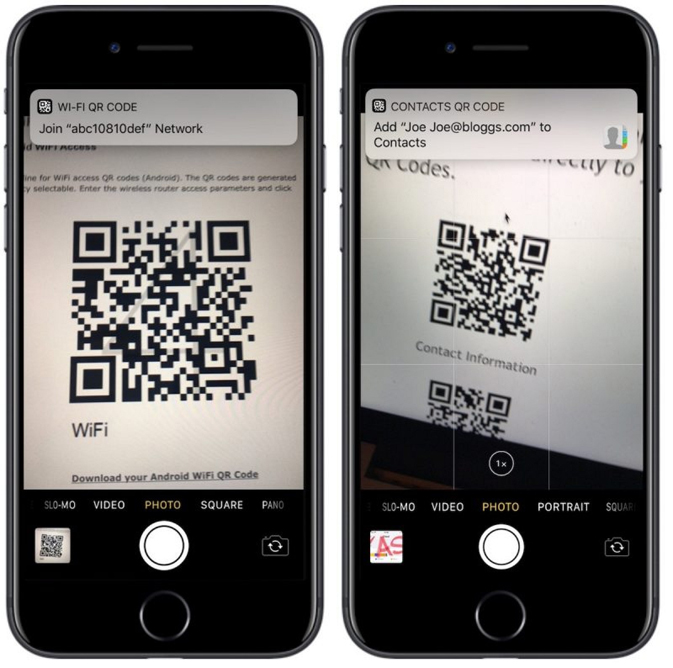 Here are some examples of what QR codes can do.

This one is obvious. Directly open a specific web page using a QR code.

Scan a code to open the compose window of the Mail app, with address, subject and message text already filled in.

Scanning a code will have your device join Wi-Fi networks.

You’ll be able to call someone by scanning a QR Code.

Scanning a code will let you add the event directly to your calendar.

Scan a code to open the compose window of the Messages app, with number and message text already filled in.

You’ll be able to open a location directly in the Apple Maps app.

Scanning a QR code that uses a callback-URL will open an app or a specific part of an app. For example, this might be used to open a payment screen in an app.

Now that we’ve ran through what is possible, let’s think about how we might leverage such a code by programming appropriate information and instructions.

Estate agents use the codes on For Sale boards to encourage buyers to look at property details online. It’s certainly a low cost strategy in the context of property profit margins. 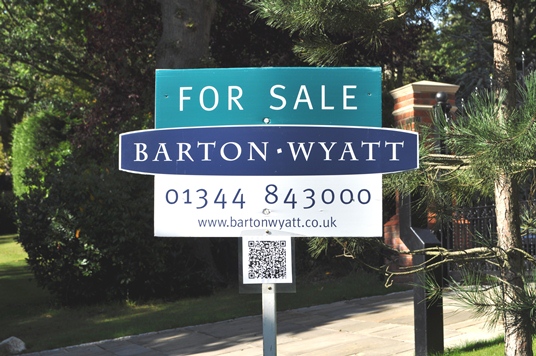 For Sale board QR code example by Barton-Wyatt

Here are some other examples:

Some QR apps can scan ISBN barcodes to fetch reviews and shopping information. 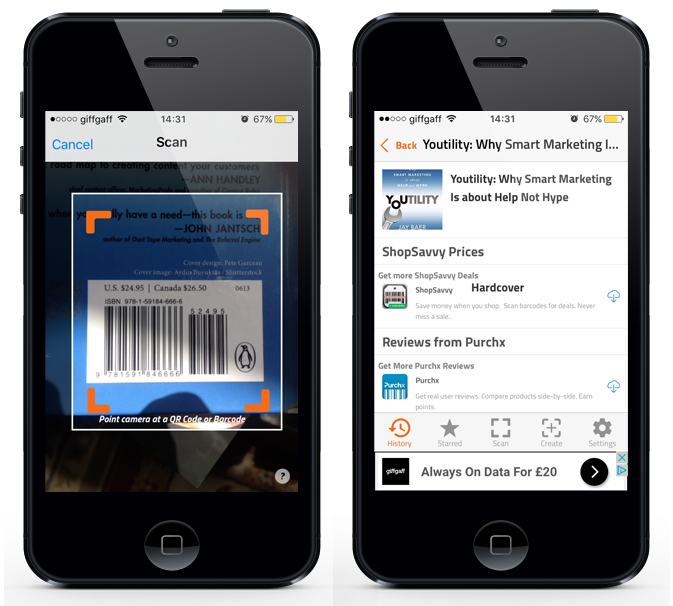 Using a QR Code on a Business Card

We can easily use QR codes on the back of business cards, in direct mail, ads, and on vehicle graphics. However small or large you print them, it’s best to turn the code design into a vector image for sharpness.

In the examples below I’ve shown two design layouts which are linking through to a YouTube video. 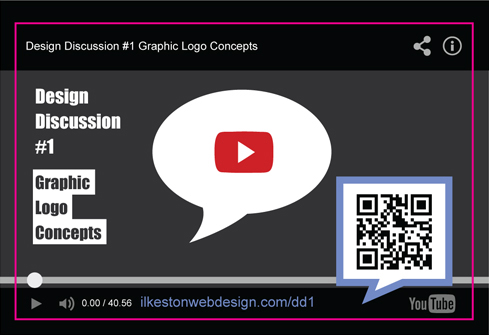 The alternative to a QR Code on a business card is to use a short URL that redirects to a webpage, app or document online.

Your layout could dispense with the QR code to use the available space to create a better piece of design. 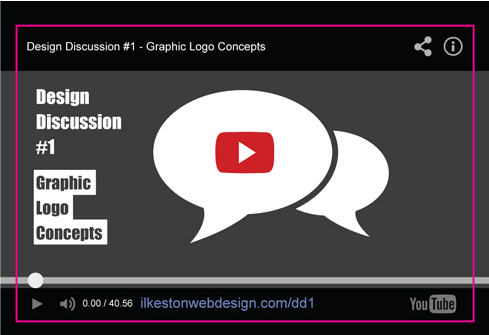 Even if you were to include a QR code on your marketing, adding a short URL is a good idea because it gives people an alternative way to visit the webpage.

Earlier I mentioned how scanning a code can import contact data to your device. Heard of .vcf files?

Better known as a vCard, information for vcf files can be created and held in a QR code. Scan the code and your phone will be populated with name, address, phone, email and website.

It is possible to create these vCards freely on various websites. I used this site. 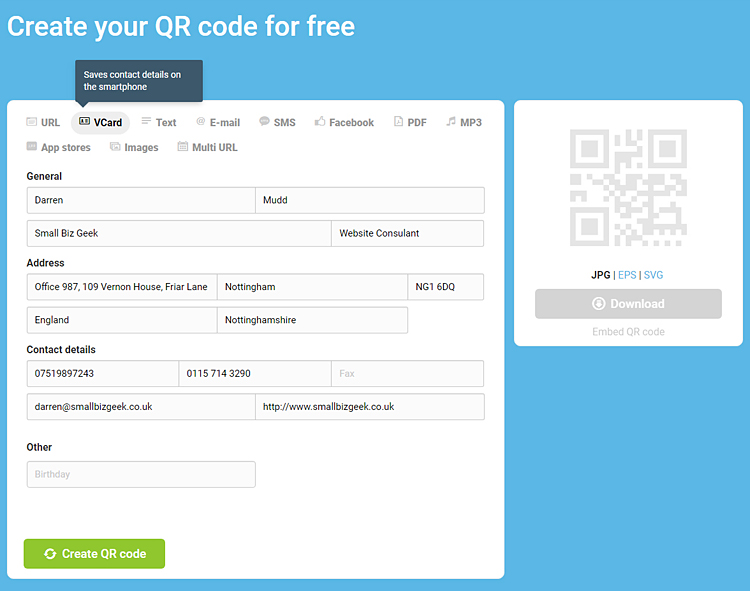 The code below was generated from the information shown in the screenshot above. 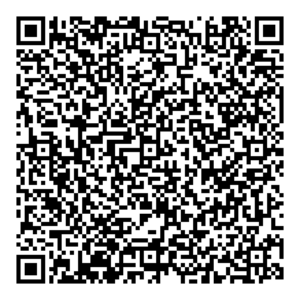 I mocked up a business card layout using a vCard QR code. 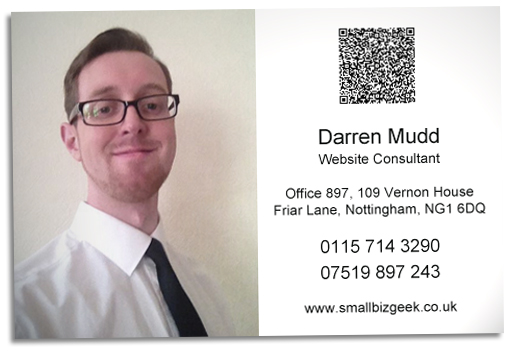 Not all QR readers can decode the vCard properly. One of the apps I tried scanned the app but wouldn’t open the vCard.

I found an app that worked and decoded it correctly. It automatically pulled in name, address, phone, email, website, company, job title and this was all added as a new iPhone contact. It works for Android too. 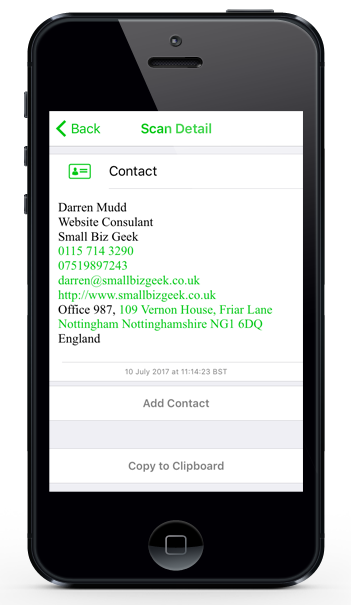 I experimented with QR codes locally in my town by producing some window stickers for fast food businesses. I actually manufactured weather proof QR stickers to see what the response was and so I could use the Google Analytics URL builder to create a QR tracking campaign.

The response was so-so. The sample wasn’t big enough but the codes got scanned though not very often.

I also designed some business ads for a local magazine for several businesses. QR codes were included in a few of these and they always got scanned. Once iOS 11 rolls out and users discover the new features there’s a possibility that more of the codes will get scanned.

A QR code can be printed on just about anything, but just because you can, it doesn’t mean you should!

You’ve probably seen them emblazoned on shirts, scarves, blankets, hats, stamps, buildings, tattoos, mugs, and on food. Much of their use is nothing more than pointless artistic statements seen in trendy design journals or listicle webpages.

If you’re wondering if there’s an alternative to QR codes, there’s something called image recognition, which is said to be the superior choice. Keep in mind that the company making this claim have an agenda. They are purveyors of the technology.

What interests me are the lesser known and lesser publicised uses of QR codes and apps serving practical purposes. When they’re used to connect consumers with their needs and wants, it’s worthwhile. The COVID pandemic demonstrated real uses for the technology.

Helping people perform an action in a short amount of time is always going to be well-received and the iOS 11 developments will mean not having to install a special app.