Thanks for visiting this “About Me” page, perhaps the most egotistical section of any personal website!

Seeing as this page is about me, you’ll have to forgive the excessive use of the personal pronoun “I”.

My name is Darren Mudd (yep we can have fun with that name!) and I am a self employed web designer and technology lover interested in small businesses.

Pleased to meet you. 🙂

Despite most dictionary definitions citing computers, tech, outcasts and socially awkward science fiction fans, the meaning of the word “geek” has evolved to include anyone passionate or even obsessive about a subject.

I’m enthusiastic about the work I do and genuinely enjoy learning. Lots of notebooks get filled with scribbled ideas daily, and eventually these become blog posts, videos or podcasts. 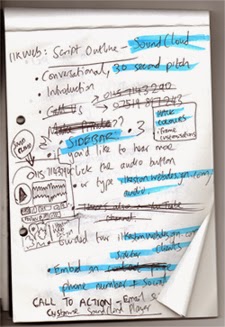 Anyway. Technology. It’s fair to say everybody uses it to lesser or greater degrees, but, strangely, “technology” is the word we often give to something when it doesn’t work(!)

When it comes to tech education, internet forums are a lifeline and my YouTube videos demo some of the things I’ve learned.

Although I come from a “broad strokes” art/design background, I’ve evolved into a detail-orientated long term thinker with a penchant for creating spreadsheets.

The iPad has changed the way I consume info online and the iPhone has become a good friend. In fact, the iPhone serves as my all important podcast player, from which I derive vast quantities of information ranging from business and economics to history and the environment.

Technology solves my problems and makes my life easier. But as you know, technology often creates more problems.

If you’re interested to know what hardware and software I use, visit the tools page.

Speaking of the iPhone, Apple are known to fence in their technology. A closed system. 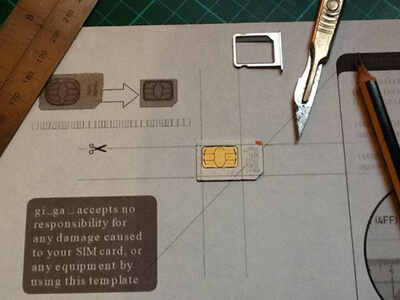 If you didn’t know, the iPhone 4S uses a micro SIM and that was an obstacle for me.

It’s possible to cut a regular sized SIM down in size to fit whatever model phone you have.

I got hold of a PDF cutting guide online and used a knife to make the SIM smaller. I win! How do you like them apples, Apple?

Mac VS PC… A Stupid Debate

Do you remember Apple’s PC Vs Mac advertising campaign? It must’ve been around 2007/2008.

The UK version of that campaign featured David Mitchell and Robert Webb playing similar versions of their Peep Show characters Mark and Jez.

Since I’m interested in both computers AND business it would be silly to say I’m one or the other when it comes to PC Vs Mac.

A tool is a tool, and they should be used without too much prejudice. Plus, you can now get Microsoft products that run on iOS and OS X so the divide between platforms is narrowing.

It seems a bit pointless to split hairs over one or the other.

Response: “Neither. They’re both good.”

Someone asks: “Are you left brained or right brained?”

Response: “I use the whole thing.”

Since I was very small, I’ve been interested in putting things together.

I had Stickle Bricks, Meccano and Lego. At about age 5, I created a railway train from Lego and my mum took it to school to show off.

A teacher, Mrs Dean, used to call me The Little Professor because apparently, I spent a lot of time staring into space, dreaming up my next creative pursuit.

I loved to draw, paint and create all manner of things. I devoured books and liked to write amusing stories on my Commodore 64 word processor.

(Naturally, the stories I wrote all contained rude words written to shock older relatives. What do you expect from a 9 year old gleefully typing on a keyboard?) 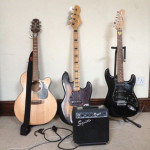 I enjoy dabbling with music software and guitar.

I studied art and design at 6th form followed by a year of art college between 2002 – 2003. I got a place studying graphic design at DeMontfort University. 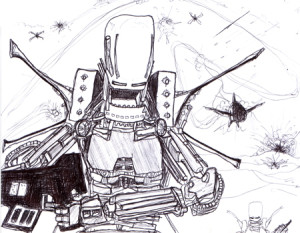 Illustration and drawing was something I did a lot of during and after the course.

The student enthusiasm and burning of the midnight oil never left me. As far as I’m concerned education is a lifelong pursuit and the responsibility of the individual.

As you can tell from the photo below, university is the time for developing a general outlook on the world while opening bottles of booze. 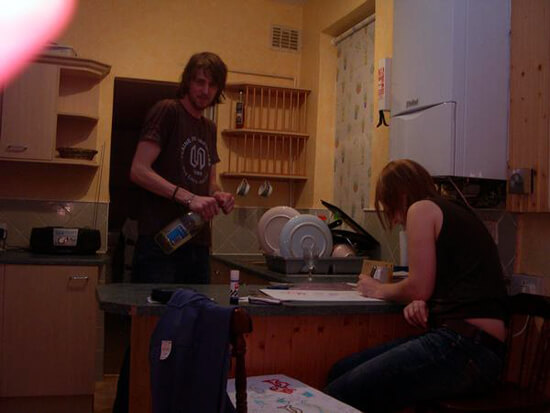 As seriously as I took the subject, I enjoyed fooling around, even at the graduation photography sessions as shown below… 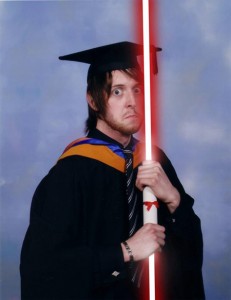 I always had an interest in the internet, having dabbled with various pieces of web design software since 1999. I found some aspects of website design tedious but around 2007 began taking it more seriously. 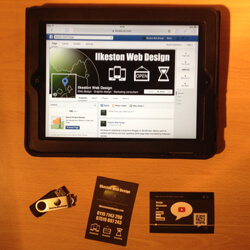 I operate a design/marketing/branding service in the East Midlands

Following redundancy, I started to teach myself web design and offer it as a local service. I often worked for very little money and even did many projects for free: I needed something to work on as practise and felt this was one way of achieving that.

There were struggles, disappointments and setbacks that I won’t go into here, but it was important for me to keep going at it.

With self-study, books, YouTube and podcasts my skills increased. Burning the candle at both ends was worth it.

Web design magazines are occasionally purchased to give my eyes a break from the glare of a monitor. It’s nice to browse pages sometimes. 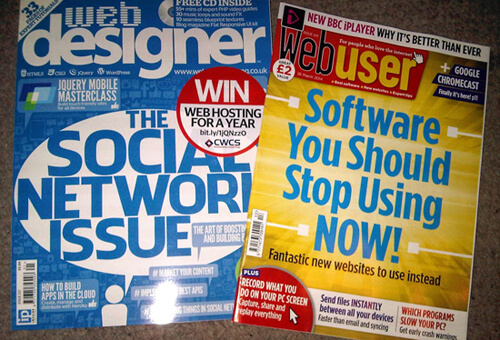 I’ve now settled on WordPress and the excellent StudioPress Genesis Framework as the software of choice for building websites for businesses.

WordPress is not perfect because of known security issues and strange quirks that are often not addressed by webmasters, yet I prefer it any day over a cheap instant website builder like Wix.

By the way, if you’re in the Derby, Ilkeston or Nottingham area of the East Midlands, UK, I’m involved in the organising of a free monthly Nottingham WordPress meetup.

How I Manage Stress

I like to take time away from the office by meditating in local parks and cemeteries, as they’re normally quiet and peaceful. I’ll meditate daily for 30 minutes from 12 noon.

Documentaries: The World at War, How It’s Made, any David Attenborough programme.

If you want to talk about projects associated with design, marketing and technology get in touch via the contact page.

Hello, my name is Darren, a 37-year-old business enthusiast eager to learn and help small businesses.