In 1995 an article was written for Newsweek in which a skeptical journalist derided the prophesies surrounding the future of the internet.

The idea of virtual communities, cyber business, online shopping, digital media and even dating were met with scorn by the author.

Everything he said wouldn’t happen, happened.

Admittedly, the internet was never designed for all the things we take for granted today. Like most innovations, it was originally developed after World War 2 for military applications.

Oh how wrong he was…

The knowledge-based society we live in today is chaperoned by a high-tech global economy in which producers and consumers enjoy a (reasonably) accessible playing field.

Opportunities that were previously off limits are now within the reach of those willing to become technology literate.

Equally, the web is fractured and tribal. Being the social animals that we are, we’re wanting to associate with others like us whether we realise it or not. Human beings always seek out like minded individuals for the biological imperative of safety in numbers.

There was a most interesting interview with David Bowie on BBC’s Newsnight back in 2000 where he shares his observations on the huge changes he witnessed.

His prophecy on the internet has become scarily true. His exact words were, “We haven’t even seen the tip of the iceberg.”

Transactions and decision making for individuals is faster. Supply chains are accessible. Services can be found cheaper. Instant networking has given us the global village – plus a few global village idiots!

However, the author of the 1995 Newsweek internet article may have been onto something during his critique.

I was reading some recently published blogs about the internet the other day and bookmarked a post written about our increasingly non-linear digital paradigm being full of promises AND perils. We

live in a world of our own making, and that world can and does go horribly wrong from time to time.

I’m glad to say the age of the web has brought greater transparency, learning and accessibility. The low barrier of entry to technology, knowledge, resources not to mention a ready made audience for marketers is an undeniably attractive proposition.

This was just not possible in the last century.

Without a boss, shareholders or other naysayers, millions of independent free thinkers are exploring the possibilities in the connected world.

Net Neutrality and the future of the internet itself is a topic frequently in the spotlight especially with issues that include hacking, piracy and privacy.

As technology continues to dominate, more stories over data leaks break. Edward Snowden is a high profile media debacle. Look what happened to Sony. And think of cyber crime like email phishing and identity theft.

Will the world wide web become over regulated so that free enterprise is stifled? Or is the idea of stricter regulation a blessing?

At the moment this is very much a US federal issue, but make no mistake – it will affect world.

All boats float on a rising tide, but what happens when those same waves experience a storm?

In the grand scheme of the internet, the rules are being invented on the fly. We are all negotiating the uncharted territory the web continually presents.

The European Union is a Problem

Being based in the UK I can tell you the European Union have passed some laws that are not too popular with micro businesses.

If you read the news you’ll know the EU have also been having it out with Google and other American tech companies, forcing them to adopt new policies including computer cookie compliance.

GDPR is to be adopted in May 2018 regardless of Brexit, meaning the UK will end up having to observe EU lawmaking without having a say in it. GDPR applies to any country wanted to sell to European citizens.

Many Americans, for example, turn a blind eye to this because it is difficult to uphold that level of bureaucracy. Privacy is seen as a feature rather than an obligation in the United States.

Also, businesses outside of the EU but selling in Europe will need to pay VAT on digital sales to the tax authorities in the buyer’s location.

The Shadow of the Web

Customers expect a 360 degrees view of your business. They want to know you can be trusted.

Having trust and attention are two major components to achieving success in any capacity today.

The honest businesses among us are always going to have a tough time because of the liars, crooks and other rotten eggs stinking up the web.

A lesson worth taking away is this: If you don’t do your own internet marketing, a cowardly competitor *could* do it for you.

Even a disgruntled customer with a genuine grip can end up damaging your brand by mentioning it to their friends.

We all have the power to influence marketing and the internet amplifies it.

If you’re in business today, reading this website and thinking about the future, do check out some of my favourite books.

You might be able to find some of the titles in your library if you don’t want to buy them.

Apart from books, the internet is a vast repository of learning we can all take advantage of.

Go to YouTube, type in some keywords of interest and I’ll bet you’ll be able to learn the basics of any subject within one hour.

The Curriculum of Code 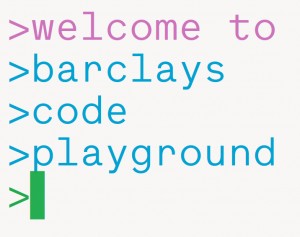 Banks want to teach youngsters how to code, apparently

The UK government has set a goal to begin teaching children as young as 5 how to code.

This is quite ambitious and I think the reason they’re pushing this agenda is because the UK lacks any programmers of “rock star” status.

Most of the internet success stories come out of the US, but then, it’s a bigger country with a very different attitude to entrepreneurship.

Still, it’s interesting to see how this goes.

I saw an advert for Barclay’s Code Playground which aims to get kids interested in learning code.

The colourful Monty Python animations are a little annoying to me but admittedly I’m not the target of the campaign.

Why Barclay’s have to plaster their brand all over this, I don’t know. What does the banking sector have to do with education?

The Internet is Divided

Back in the early 90’s we all thought the internet would unite everyone as a singular conciousness (in some ways, it has) but the web has also divided us.

We exist in silos, or pockets of “resistance” determined to connect with our own peer groups.

The Internet Changes Nothing & Everything

Technology may be taking over, but business will always be about what people want and what people need. While the cool gadgets and fancy toys are impressive, let’s not complicate the notion of supply and demand.

Human nature is pretty consistent regardless of how we choose to communicate with each other.

Old fashioned business principles still apply and the thing we call The Internet is just a means to an end.

Posts About The Internet

Vote “Remain” in the EU: Britain is a Steadying Hand on Digital Law Madness

Net Neutrality: Do We Need It?

Should You Expand Your Small Business Abroad?

I Was A Google Search Engine “Rater”