Over the years the telemarketing industry has gotten away lightly in terms of regulations and laws.

This is all changing as the government continues to receive greater pressure from the public as well as regulatory bodies such as the Information Commissioner’s Office (ICO) and Ofcom.

These watchdogs are receive the complaints when it comes to bad practice in the telemarketing industry, and with new legislation ideas bandied about in parliament, small business owners making Distance Selling Propositions should be aware of their obligations.

Basically, it’s going to get harder to sell on the phone.

In October 2013 at an event hosted by the Direct Marketing Association, the Communications, Culture and Creative Industries Minister Ed Vaizey spoke about the issues that many people have with telemarketing and why regulations may be brought into place.

He stated that he was “keen on seeing if we can change the regulations to make them more realistic”.

This was largely referring to the rules surrounding consumers consent for direct marketing.

On January 16th 2014, a debate took place in parliament regarding marketing calls and texts. As it stands at the moment, companies that are engaged in direct marketing are able to contact consumers unless they say that they are sure they do not want to be contacted.

This is all above board and fully legal. So what are the changes that may be made? 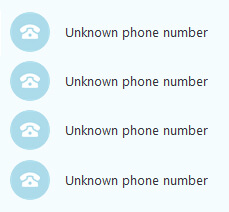 A familiar sight for many consumers

The main problem are companies using silent calls or spam texts and not the ones who call to offer services that are useful to consumers. At present Ofcom and the ICO deal with many of the complaints surrounding nuisance calls and texts, but they have to accumulate a great deal of information as proof when it comes to acting against offenders.

This can be a difficult, long winded process and any new regulations that could come in to force are being discussed in a manner making it easier for companies to be prosecuted.

Nuisance Callers: My Own Experiences

New laws could also make it easier for consumers to opt out of direct marketing calls as this is currently one of the main complaints people have when it comes to receiving the calls.

For months I received calls from a web design and online marketing company operating in the UK trying to sell my their products and services.

I politely explained I was in the business of offering such services myself, so why would I buy from them? I won’t say the name of the company (except that their favourite colour is yellow) and it got to the point where I was regularly defending my position, arguing and TELLING them not to call me anymore.

Eventually I quoted a line from the ICO threatening legal action after I investigated and wrote an article on data protection and privacy. Granted, what I wrote about was e-Privacy and not so much the telephone calls, but I DID want to get off the mailing list the company in question had put me on. They finally left me alone. I shouldn’t have had to go that far though.

These experiences is what makes the job of a telemarketer extremely difficult. Cleaning up after some of the idiots who make a mess out their in marketing land means people such as myself find it difficult to make a well meaning but unsolicited approach to an already shrinking database of contacts.

Forms of telemarketing which are honest and helpful will no doubt only feel small effects from the regulations. If you’re an aggressive or nuisance seller, IMO, you deserve everything you get.

Companies running B2B telemarketing only target decision makers within the company leaving lower layers of management and staff to get on with their day to day tasks, since contacting them will no doubt result in a lower success rate.

Still there are often “gatekeepers” like receptionists and secrataries who take it upon themselves to make decisions for the company owners. In these situations your choice of words can mean everything so using a non-scripted approach and laying down a personal touch can soften the attitude of your recipients.

It is also strongly recommended to set up a spreadsheet database system to keep a log of your marketing activities. It’s also a good idea for general business management. I was doing this years before I heard about the legal obligations of doing so and I’m glad.

Calls that cause hassle to others can make a person feel less targeted than those nuisance callers who use silent phone calls or aggressive cookie cutter spiel that sends up red flags. You have to think of it this way: because of your terrible telephone marketing predecessors you are guilty until proven innocent.