Watch out for this classic magazine scam still going strong in the 21st Century. What makes the Kids For Life rogues particularly disgusting is that they not only use children as a selling point but are a registered charity.

In June 2017 a charity phoned me and asked me to help raise money for terminally ill children.

The way they raise the money is to sell business advertising in a magazine called Kids for Life which they claimed was being distributed in hospitals, GP surgeries and gyms.

My guard was down when I received the cold call begging me to financially help sick kids – something I agreed to do – and I’m kicking myself now.

In this type of fraud, an association with public services or good causes is emphasised to give the impression a small business looking for publicity can gain exposure off the back of it.

Naturally, only a few copies of the magazine are ever printed which are shown to the advertiser to satisfy suspicions and support the lie that has been peddled.

On close inspection, you would note that it contains generic stock photography and cliched written waffle to fill the pages…. but if you had no idea it was a scam, you might not notice.

The BBC Radio 4 programme Your and Yours made a feature about Kids for Life on March 15th 2018. Sign up for a free account with the BBC and listen to the audio from 32:34.

The “charity” caller who contacted me can be described as a polite, flattering, persistent gentleman. He said the organisation he represented was a genuine, registered charity, which I could look up online myself.

I visited the Kids for Life website, noted the charity number displayed thereon and checked this on the Charity Commission website.

Apparently, it was legit.

The caller was at pains to insist I wouldn’t have to pay the £149 cost until after the magazine had been printed, and even then, I could take as long as needed settling the bill.

I agreed, verbally, but was never asked to sign anything nor did I receive correspondence via postal mail.

What I did get was an email containing a digital sample advert proof they had put together using images from my website.

Weeks later an A4 padded envelope was delivered to my house with a copy of their glossy magazine inside. 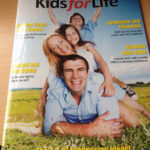 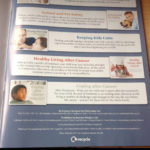 Sure enough, my advert was included next to those of the other patrons between pages of articles about cancer treatments. 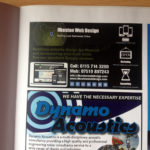 The magazine is printed by “Impress Designs Ltd” who were described in the phone call as a publishing partner.

When I received the invoice I was told to pay it within 14 days – which I did. 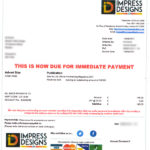 I paid the invoice, and received another flattering phone call from the same individual as before, thanking me for my kindness and generosity.

Weeks later, the same person called and insisted the charity still needed my help, that they wanted to raise even more money, and would I be kind enough to dig deep again?

I said no, but he wouldn’t listen. He pressed me but I managed to get rid of him and have not heard anything since.

How Does a Fake Charity Pose as a Real One?

The problem is, Kids for Life actually is a genuine charity and that is the basis on which I handed over money.

A cursory glance of the site is reasonably convincing since they display a real registered charity number – 1157571 – and that is because the Charity Commission has still not caught onto what’s going on, despite all the other complaints going back as far as 2014.

In hindsight, the website is just a cut and paste job made using Wix, with various social media profiles but few followers and no significant activity – a telltale sign of inauthenticity.

Sham charities exist for the purposes of putting cash in the pockets of directors and staff, while only a small proportion goes to any real worthy causes.

At the time of writing this post, the accounts of Kids For Life are made up to September 2016 on their Charity Commission profile which says they raised £5,618 and spent £4,616.

I suspect they profited much more than £5,618 but have not declared it.

The little genuine spending they have done has been for the purposes of public relations.

I left a public comment on a blog post by another complainant in which I asked how they maintain their image with little to no charitable spending:

How and where did you find out about their charitable donation? I want to complain to the CC too. Is there any chance I can recover my money, since I paid in good faith upon discovering they were registered as a charity.

The CC have done a poor job of vetting Kids for Life. The CC can bloody well pay me back. I’ve medical costs of my own to worry about.

If you go back to the first comment on this thread you’ll find a reference to the registration of the charity back in 2014.

Not long after that I was contacted by a journalist working with Three Counties Radio, who was planning to expose the scam.

He told me that KFL had paid for a decoration to hang on a Christmas tree somewhere in the north (Manchester?), which was good publicity for them, but just a token really.

Soon after, I visited KFL’s own site and it was announcing that they had contributed equipment to a children’s hospital.

There was no reason to think that this might not be true, and it looked a generous gift, though it is not clear just what proportion of the “charity’s” earnings this represented.

Whatever, I suppose these donations make KFL look like a charity, and that may be enough to stop The Charities’ Commission asking serious questions.

But CC has been aware of concerns for some time now, so do contact them.

There Is No Headquarters

A Google Street view shows this is a mail forwarding service used to protect the real address of the directors.

Those businesses who have realised this is a scam and refused to pay have been threatened with court action by a so-called C & H debt recovery.

Disregard any such threats.

If someone calls you claiming to be a debt collector, ask for a head office phone number as well an employee number.

Who’s Behind the Scam?

Brian Law and David Parker are names that have been used when contacting businesses, according to reports.

Inpress Designs and RCP Media are alternative names the fake publishing partner have used and it is likely the same people are operating the whole show.

Similar Scams Exposed In the Media

A company calling themselves The Emergency Services was cold-calling individuals to promote a magazine called React, which according to them would be “sent directly to individual police forces, ambulance and fire services, for onward distribution.”

A similar group running a £5.2m operation from a rented Liverpool city office were found guilty of conspiracy to commit fraud by false representation and fraudulent trading.

Making a Complaint About a Fake Charity

Charities are regulated by a public authority, such as the Charity Commission in England and Wales, the Office of the Scottish Charity Regulator in Scotland and the Charities Regulator in Ireland.

You’ll need to find out which organisation is the regulator for charities in your country. In the United States, for example, it’s the Federal Trade Commission.

Complain to the Charity Commission

Kids for Life as a registered charity in England and Wales are supposedly under investigation so do report them.

Visit this page to log a complaint about a charity.

Are the Charity Commission Doing Anything About Sham Charities?

A YouTube video from the official channel of the Charity Commission touches on “unauthorised personal benefits” and “criminal activity” but the presentation and delivery of the information is poor and frankly, unsatisfactory.

The Action Fraud website has information about charities and you can submit a report here.

Be suspicious of every proposal from anyone you don’t know who calls you. Check and double check everything they say, ask to be written to by post and by email, get names, contact numbers, and addresses.

Determined rogue outfits will anticipate this and prepare any number of excuses, so don’t be convinced “time is of the essence” or that there’s a “time-limited offer”.

Better still, be smart and take detailed notes when dealing with ANY suspected fraudster.

For example, my landline telephone is routed through Skype on my PC, and I use call recording software called Evaer which means I can capture both sides of a phone conversation.

A secretly recorded phone conversation is not admissible as court evidence but you can use it to produce a written transcript.

Scams are on the rise but the ones that are successful often rely on the victim’s own greed such as the stolen credit card trick or this dodgy business leads operation.