In this bizarre comic book fantasy blog post, I outline some business ideas Peter Parker could use to make serious cash as an independent advertorial publisher.

For Peter, money is tight and the only stacks of cheese he lays his hands on is when delivering pizza part time for pennies.

The tortured superhero struggles to pay the rent and on top of that his long suffering girlfriend is tiring of his super-bullshit.

Lest we forget, Pete is no criminal so his sticky fingers will never lead to outright theft. That’s very important.

Find out how Spider-Man becomes wealthy in MY version of the Marvel universe (I hope to see a similar storyline in the next Spider-Man film).

Spider-Ads or Spider-Sponsors could be printed to his costume. It’s such an obvious solution. 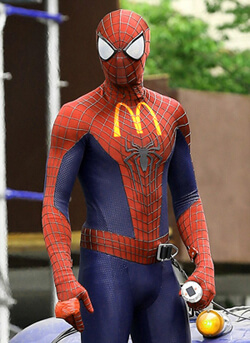 There is no point in Peter Parker performing menial jobs when his alter ego can advertise brands while swinging from skyscrapers or saving lives.

If Peter is worried about maintaining his cover as a poor student, he could keep the pizza delivery job for appearances.

There is an honest business to be built here. Bruce Wayne in the DC universe understands there is a cost to being Batman and he uses Wayne Enterprises to fund his clandestine crime fighting activities.

Advertising and product placement is the answer to any vigilante’s money worries. Also, Peter would no longer have to take shit from his stingy employer J. Jonah Jameson at The Daily Bugle.

Imagine front page tabloid photos of him beating up crooks, with the McDonald’s logo emblazoned across his back and chest. Brilliant! 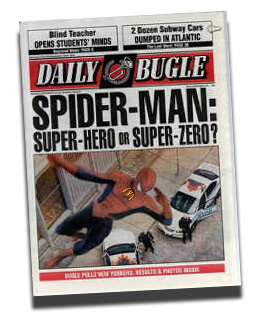 The spider costume is valuable real estate for advertisers; a human billboard everyone is looking at and paying attention to.

Peter Parker is a science genius and decent photographer. Surely he could create a high ranking website and use a recurring subscription model to make money.

He would never have to worry about search engine traffic because most people will see his website address on his back. (I hope he remembers to use domain privacy to stay out of the ICANN WHOIS database – remaining anonymous is the number one priority.)

There will be lots of opportunities to make a passive income using social networking sites. His YouTube channel could be the most popular independent video channel in the world.

Think how much money he would earn from the YouTube Partner program.

Imagine a Spider-Man Facebook page where he posts status updates that get shared thousands of times (often mentioning his advertising sponsors). 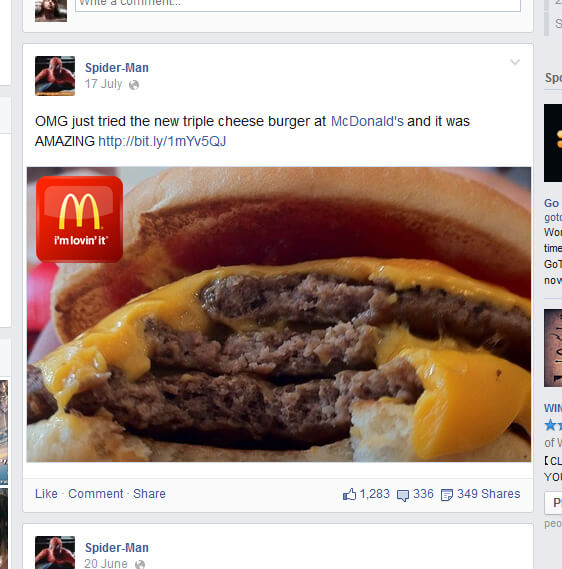 Twitter would be a good platform for camera phone selfies on a tall building. Updates would be retweeted thousands of times within a few hours.

Spider-Man should also start a blog and a podcast. It would be amazing if he recorded it live while swinging from the rooftops.

I’d listen to that!

His email list would have millions of subscribers and they would always get updates to new content. 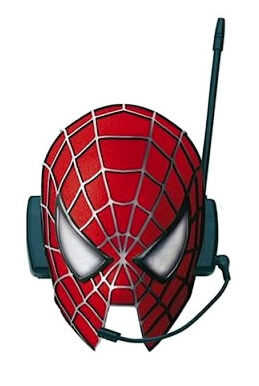 Once a month, on his day off from fighting crime, Spidey might respond to criticism from the papers, read out fan emails from his phone, warn other vigilante copy cats, encourage kids to behave and stay in school etc and generally set a positive example.

To collect ad payments, sponsors could wire the funds somehow, or do a cash dead drop on top of a tall building.

Spider-Man needs to earn money in a way that is untraceable to Peter Parker.

I like the dead drop idea, but then how does Peter justify sackfuls of cash?

How do you spend it?

I guess he would need to keep that pizza delivery job for appearances.

Maybe the money could act as seed capital for a legitimate business run by Peter Parker.

I think he would donate a lot of it to charity.

OK, I’ve been thinking about this too much.

Would Spider-Ad sponsors be accused of funding vigilantes and therefore endorsing violence?

Is this a moral dilemma?

Honestly though, these flights of fancy type posts or a lot of fun. 🙂

They keep me limbered up, creatively speaking.

Back to the real universe!