The first time I ever saw an iPhone commercial was in 2009, and it annoyed me.

On the one hand, that is a genius way to build upon Apple’s elitist, VIP, peer pressure, if-you-can’t-beat-us-join-us mentality. It’s Apple’s “thing”.

On the other hand, it represents everything I hate about advertising.

So I Bought an iPhone

It was 5 years after the seeing the ad before I bought the iPhone, if only because my Blackberry was so poor. The iPhone had a much better camera and superior email options.

Truly, it does everything I need it to do as a BUSINESS tool… not as my contribution to this year’s dick measuring contest. (Which is every time new tech is released, right?)

I looked on eBay and found a shop selling refurbished iPhone 4s handsets in large quantities.

They were £150 and is the most I’ve paid for a phone. There was slight/superficial damage like minor scuffs bu this is not an issue.

The £150 I paid is a very fair price in my opinion. (Watch out for fakes though, especially counterfeit accessories on eBay). The 4s no longer accepts the latest version of iOS though, which means certain apps no longer work. This is a shame, but I’m hanging onto this older model of iPhone as it’s still useful for testing out the websites I build.

I put up with some shitty phones in the early days of my web design freelancing. 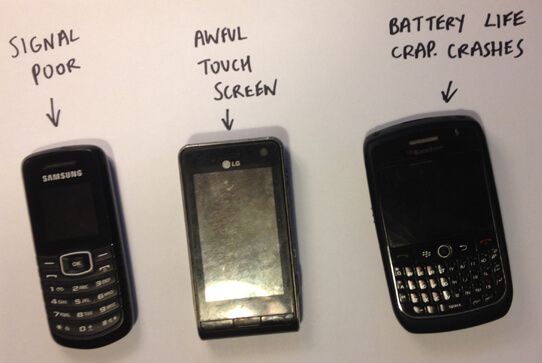 Perfect for a Small Biz

My cousin Ben recommended the iPhone… and believe me, I was ready for it!

After the “frog kissing exercise” with other phones, I didn’t want to get my hopes up TOO much about it in case it provided more disappointment.

Before buying the iPhone, I’d acquired a second hand iPad for around £150 which gave me some experience with Apple. The iPhone is really a smaller version of it.

After years of trial and error with terrible phones, it was obvious the iPhone offered function and design ideal for a small business.

The operating system is nice, and the apps have been brilliant. You just have to watch out for battery life by not going crazy with the app installs. I often run the phone on low battery mode to conserve power. 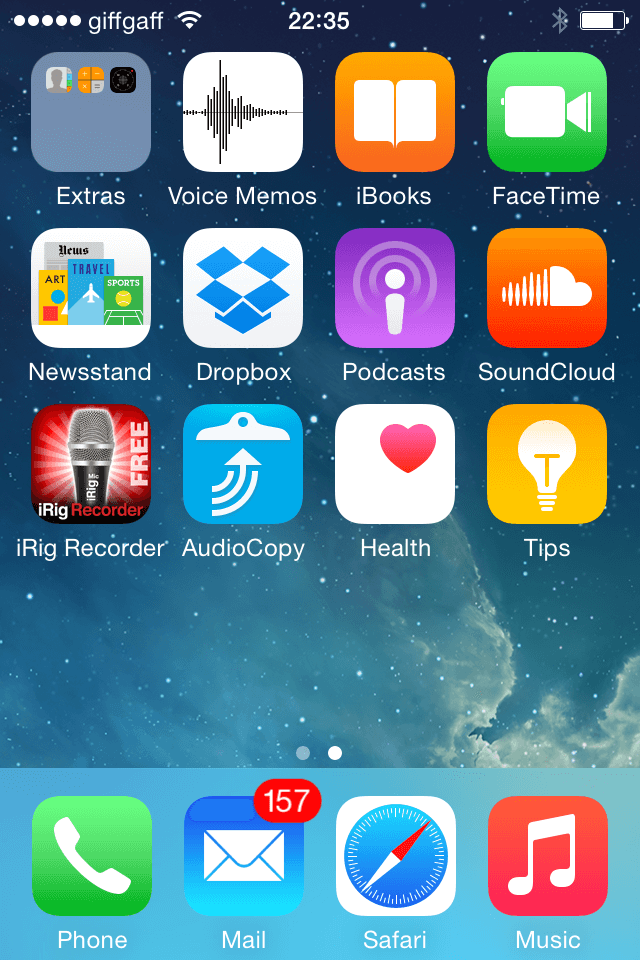 I don’t use too many apps, but the ones I’ve installed are terrific.

Compared to the LG, Alcatel and Shitberry, the iPhone just works. 🙂

The Camera is Excellent

For starters, the camera is superior to any other camera phone I’ve owned before.

Sure, there’s probably better camera today (in fact, I KNOW there are) but for what I paid for this, I’m very happy indeed.

The quality is great, plus there’s the video capabilities.

The way it syncs with DropBox and Google Drive over WI-FI  has been an absolute delight for file transfer. 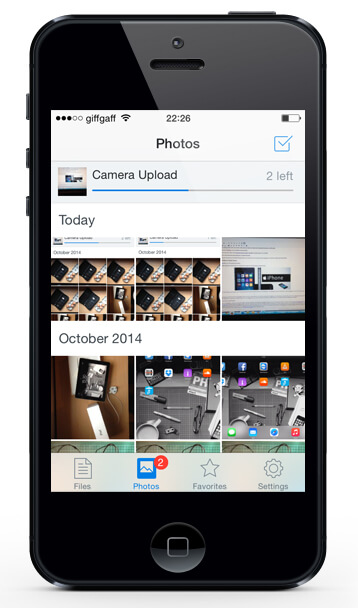 Another cool feature of the iPhone is the voice memo app!

Sometimes, when a good idea strikes, I’ll record it and replay it later. I’ve even turned these clips into short podcasts for Soundcloud.

To improve sound quality, I purchased a mic called the iRig Mic Cast and made a short video explaining how much I like it.

Do you Listen to Podcasts?

One of the newer updates to iOS8 is the permanent addition of podcast app. 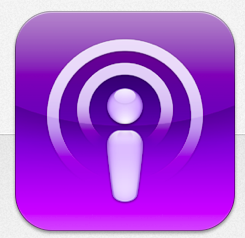 Before, you needed to manually install it, but now, it’s a fixture. 🙂

This says a lot about the popularity of podcasting.

As an avid listener of podcasts/audiobooks, it’s great to be able to dip into iTunes so easily and listen.

It will encourage the general consumer audience to listen to audio podcasts more, and as someone who podcasts for my business, that’s one good move from Apple right there.

Apple really do try and “ring-fence” their products.

By this, I mean that they do not adhere to universal standards for things like chargers or SIM cards. They have their own party going on and not everyone is invited. A closed system.

But I DID find a way to modify my old SIM card to make it fit inside the iPhone.

Although you can order a brand new SIM at the correct Nano size, I’d have to transfer my old number to the new SIM using the PAC code.

I just couldn’t be bothered to do that.

There HAD to be a way to get the existing SIM in the new phone. There was – my cousin Ben told me how to do it!

I grabbed some SIM cutting guide instructions from a PDF online and made the adjustments as shown below.

(My provider GiffGaff do actually supply the smaller Nano SIM cards if you’re registering for a new SIM and therefore a new number.) 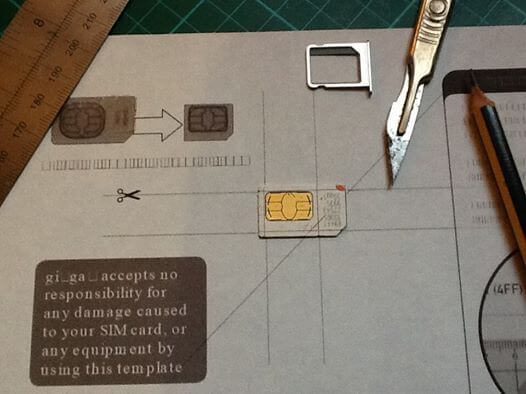 I used this guide to put my old SIM in the iPhone 4S. I was laughing and rubbing my hands together.

Well, as someone who was every bit the philistine with Apple in 2009, it’s amazing that I’ve come to love it so much.

There’s so many features and benefits about my iPhone that I’d be writing about it for weeks if I tried to mention everything.

Apple may be proprietary (unlike open source Android) but this is something I accept and am glad to use.

Great tools are worth paying good money for if they solve problems and help you work better as a business.

I never thought I’d ever say this: