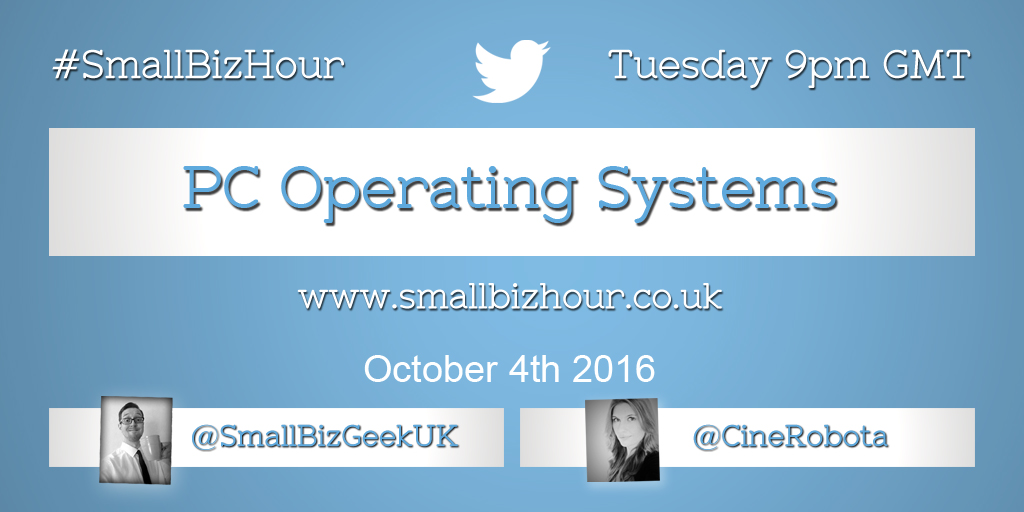 Q1. Windows, Mac and Linux are 3 common desktop operating systems. Which do you use and why?

Q2. Compatibility & security are issues among operating systems yet much of the UK public sector still uses Windows XP. Why?

Q3. Can anyone explain what an OEM Windows operating system disc is and why it is significantly cheaper than a retail disc?

Q4. Has anyone upgraded from Windows 7 to Windows 10 and what do you like or dislike about it?

Q5. An open source operating system developed in the UK called Raspberry Pi is taking the world by storm. What is it?

Please Recommend Us on LinkedIn

Hello, my name is Darren, and I love hashtag hours on LinkedIn.

Every Tuesday at 9pm GMT I am privileged to not only participate in but to host #SmallBizHour.

Join in each week to share ideas, help out, ask questions and chat with like minded people.